Back to top
Skip to main content
Official Website
Shop Online: +302103330750
HomeExperiences
Discover the finest gastronomic experiences in Athens. Magical settings with breathtaking views of the unrivaled Acropolis, combined with mouthwatering tastes, create an unparalleled experience for every gourmand. 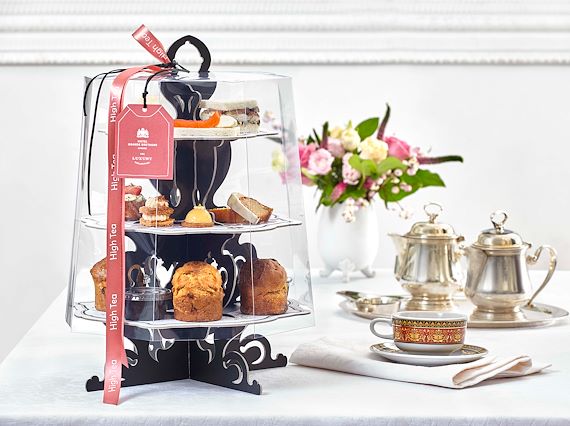 TEA ME AWAY by WINTER GARDEN CITY LOUNGE

The renowned Afternoon Tea of the Hotel Grande Bretagne comes home with you.

Our epicurean team and the authentic tea flavors of the hotel's tea selection, promise to deliver for you the finest Afternoon Tea experience at home. 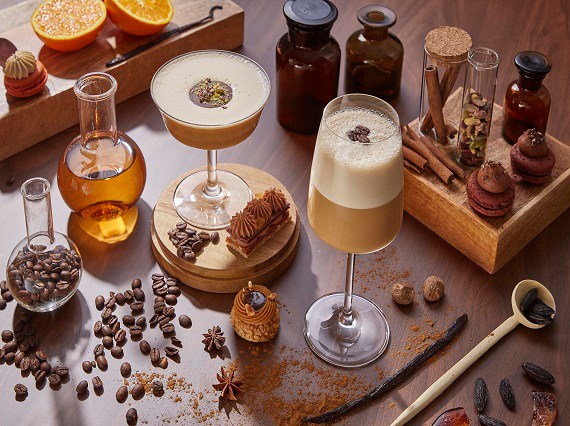 The talented team of bartenders of the GB Roof Garden Restaurant & Bar, inspired by the historic coffee houses of Europe, have created an alluring coffee cocktail menu.
Coffee, alcohol and fine desserts are harmoniously blended to create a unique authentic experience. 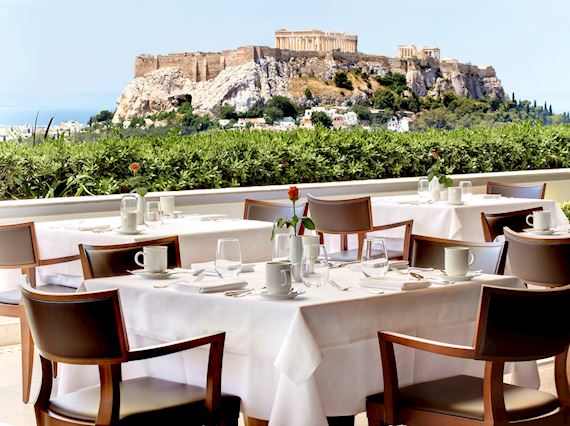 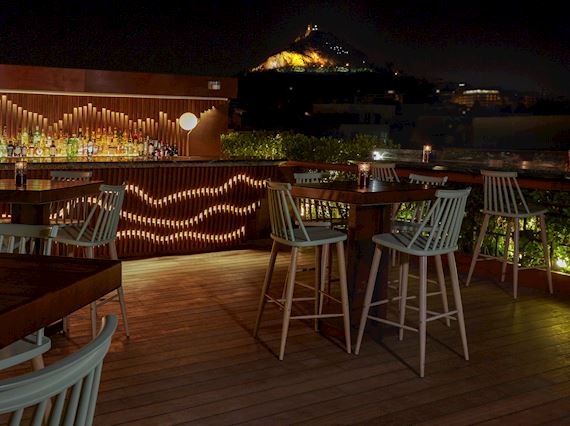 Bar 8
The open-air bar overlooks the lush Lycabettus Hill and Athens from above, while the relaxed atmosphere turns it into the ultimate place-to-be!
Details 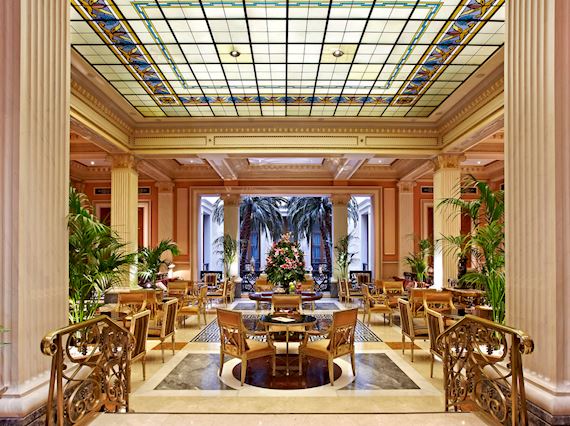 The Winter Garden
Next to the Lobby of the Hotel Grande Bretagne, the Winter Garden is undoubtedly the most elegant corner in the heart of Athens. Ideal for meetings and discussions, accompanied by a hot cup of tea, chocolate or coffee and most delicious sweet or savory tastes. Befitting a movie set - live piano music perfectly matches its iconic atmosphere. Marble floors and four imposing columns enhance the air of opulence. Two towering palm trees create an exotic backdrop while natural light spills through a fine vitro ceiling 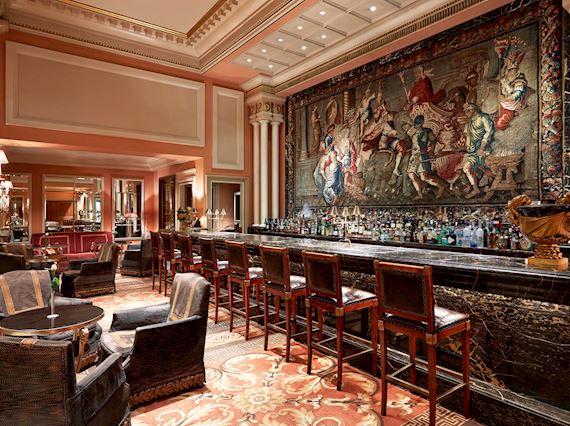 Alexander's Bar
The beloved 18th century tapestry of Alexander the Great is the focal point of the Alexander's Bar, next to the Winter Garden Lounge. With its clubby atmosphere you will want to linger over a classic cocktail, a refined brandy or an exquisite cognac.
Details 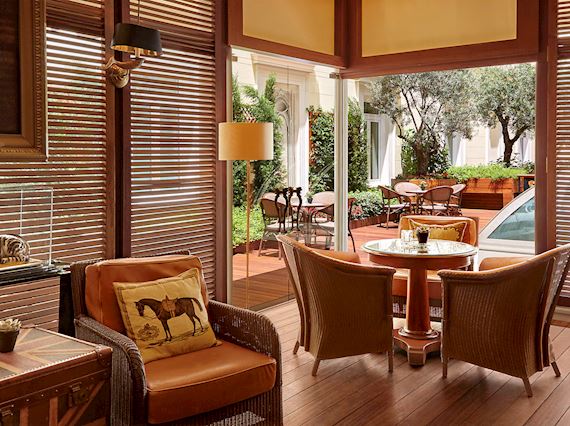 Alexander's Lounge
Experience luxury in the most up to date cigar bar in town. Alexander's Lounge is a sophisticated space located in the inner garden of the Hotel Grande Bretagne and offers an ideal setting for enjoying fine cigars, wines, liquors, coffee or tea with a friendly and discreet service.
With its colonial elegance and warm atmosphere, it is a unique place for relaxation.
Details 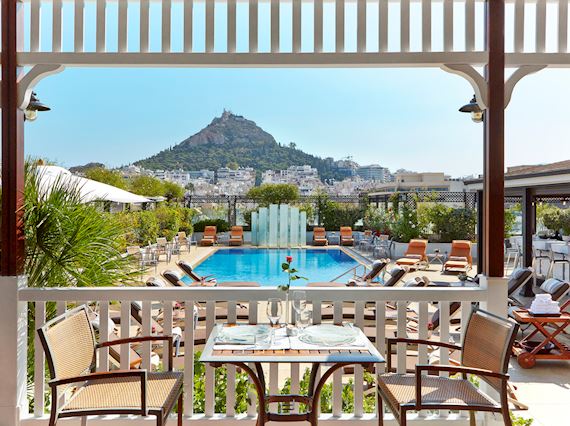 GB Pool Bar & Grill
Located on the 7th floor, our tranquil rooftop Pool Bar offers magnificent views of Lycabettus Hill and an illuminated Athens.
Indulge under the Athenian sun at the GB Pool Bar of the Hotel Grande Bretagne and enjoy authentic Greek cuisine specially prepared by our Chef, or light and healthy meals accompanied by rejuvenating cocktails.
Details 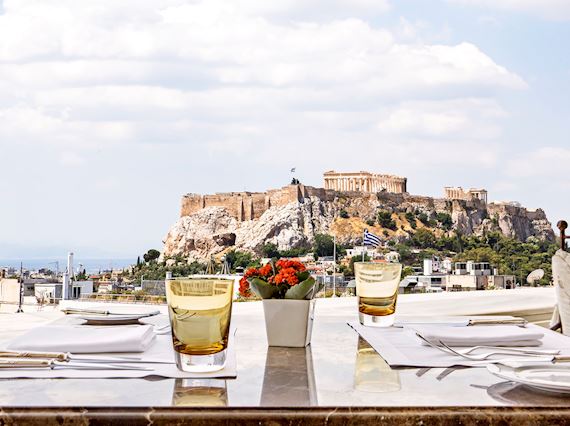 Tudor Hall at King George Hotel
Immerse youself in Athenian atmosphere through Tudor Hall's Greek gastronomy. Against a backdrop of the ancient and modern city. Located on the 7th floor of King George, the venue promises prestige.

Selected amongst the best restaurants in Greece in 2018, for the fifth year in a row, the restaurant recently received the Greek Cuisine and Toques d'Or award (‘Golden Chef's Hat', Toques d'Or 2018) by Athinorama magazine.
Details